With a global pandemic taking a heavy toll on employee morale, we helped Microsoft’s Azure team get reconnected and reengaged with a fun and light-hearted virtual team building activity.

THE CHALLENGE – Help lift the spirits of 30 remote employees on Microsoft’s Azure team with a virtual team building activity intended to inspire interaction and fun in a non-business environment.

With the COVID-19 pandemic taking a toll on the morale of its employees, Lexee Brewer, Business Administrator, Azure Dedicated, knew her team was overdue for an uplifting team event.

“Our last morale event as a team was quite a while ago,” Lexee explains. “And with everything happening currently, it was definitely more critical to do something together now. Our last team morale event was our holiday party in December, actually. And then the COVID-19 pandemic began. So, putting on another event was put on the back burner.”

She adds, “But it was becoming apparent that the team was starting to feel the effects of us having not done any events in a while and that they were wondering what we would be doing and when.”

With that in mind, Lexee began the process of figuring out how she could put on an event to help boost her team’s morale, even in the midst of the pandemic.

That’s when she reached out to Outback Team Building and Training.

“I was made aware of Outback through a referral from a colleague at Microsoft,” Lexee shares. “We have a number of admins at the company and sometimes, within Azure or on other teams, colleagues will send an update about an initiative they’ve done and what the outcome was.”

She continues, “I heard that a colleague of mine had worked with Outback and that it went really well.”

In order to get her team building event off the ground, Lexee had to do some research and present her findings to the team.

She explains, “When it came time for our team to go ahead and plan something, I had to present a list of ideas and different suppliers and all those details.”

And when she went into her meeting, Lexee had a few recommendations to make.

“I did go through your website beforehand,” she says. “And just based off of the feedback I had seen and what I thought would be most appealing, I took a few blurbs from the website and added them to my presentation.”

Once the team had a chance to discuss it all together, they selected Outback to be their event partner and quickly chose the virtual team building activity that would be best for them.

“When I went into the meeting, Outback was on the list,” Lexee says. “And I let the team know I’d heard great feedback about your company. I took them through the nitty-gritty of what each possible team building activity entailed. And they decided we should go with Outback and collectively decided that the Virtual Clue Murder Mystery would be the right activity for us.”

THE SOLUTION – A Virtual Clue Murder Mystery that would help reconnect and reengage their remote team members in a fun and non-work-related way.

When Lexee got in touch with Outback, she was immediately paired up with Bryan McWilliams, a veteran Employee Engagement Consultant at Outback Team Building and Training who has worked with many Microsoft teams in his career.

And as it turned out, this wasn’t their first time working together.

“It’s actually kind of funny,” Lexee laughs. “Because a long time ago, with a different team, I had worked with Bryan before.”

While she was already more confident from having worked with Bryan in the past, Lexee admits she had some trepidations about the idea of a virtual team building activity.

“This was the first go for most of us with virtual team building,” she elaborates. “So, my number one priority was participation. I just wanted to make sure people were not turned off from the activity thinking that it was something where we just get a login code and instructions.”

She continues, “I did worry about how fun and interactive a virtual event could really be. And on top of that, I was also going to be off work on the day that this event took place. So, I was hesitant. I’m usually on-site or participating online for things like this to make sure things kick off well, that there’s a point of contact available, that things are running smoothly, and everyone knows what they’re supposed to be doing.”

But following an in-depth conversation with Bryan, all of Lexee’s concerns were alleviated.

“I had a phone call with Brian at one point,” Lexee explains. “And he was really good at giving me that overview of how things would work and what you guys offer. So, there was really no doubt in my mind that things would be successful with you guys.”

She continues, “I got to be reassured throughout pretty much the entire process. So, I had the initial hesitation there, but your team – my contacts and the coordinators – made it seamless.”

And in the end, the event went off without a hitch.

“It worked out better than I could have hoped for,” Lexee says. “It went fantastically and achieved exactly what the intent was.”

THE RESULTS – The Azure team had a ton of fun with their Virtual Clue Murder Mystery team building activity and experienced a noticeable lift in morale.

When all was said and done, the feedback Lexee received from her remote team was extremely positive.

“When I take a look at the feedback, there’s a common positive thread,” Lexee shares. “Reading through it now, I’m seeing things like…

‘This was a very, very fun and well-deserved break for a few hours,’

‘Thanks, Lexee, this was awesome,’

‘I never knew we could have this much fun, even on a virtual team building event.’

The feedback I got was pretty much the same the entire way through.”

One big positive result that Lexee noted came in the form of her team being more connected on a personal level than they usually were.

“We have a tight-knit team on the work front,” she explains. “But I think there wasn’t as much connection on the personal front – the side of just doing fun things together. So, I think this activity definitely brought the team together and gave them the realization that we can actually get along and have fun together, too, and that it doesn’t always have to be just business.”

Lexee also noted a tangible lift in her colleagues’ spirits, even in the days immediately following their Virtual Clue Murder Mystery.

“I think spirits were lifted quite a bit by the event,” Lexee says. “And I assume that this down streamed into their work, productivity, and efficiency, even that following day.”

She continues, “I feel that the team’s interactions might have been lighter afterward. And, not only that, it gave them something to look forward to. I did get emails asking when the next team building activity would be, so this is an opportunity to work with you guys again.”

After the event wrapped up, Lexee even recommended Outback Team Building and Training to her colleagues at Microsoft.

“I forwarded all of this to my LTE and executive admin colleagues,” Lexee shares. “I told them that, if anybody is looking for a team building partner, I would absolutely recommend Outback, and I’d tell them how the process was seamless from the very start.”

Learn more about team building, training and development, and coaching and consulting solutions available for your organization. 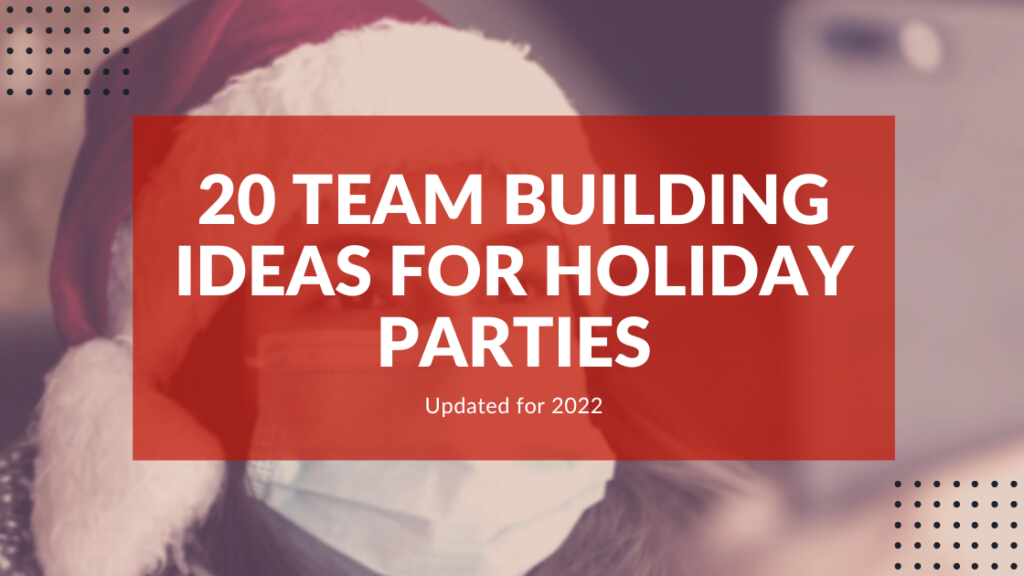 ‘Tis the season to start brainstorming some creative ideas for holiday parties and with these team building activities, you can make your party as productive as it is fun.
Read More 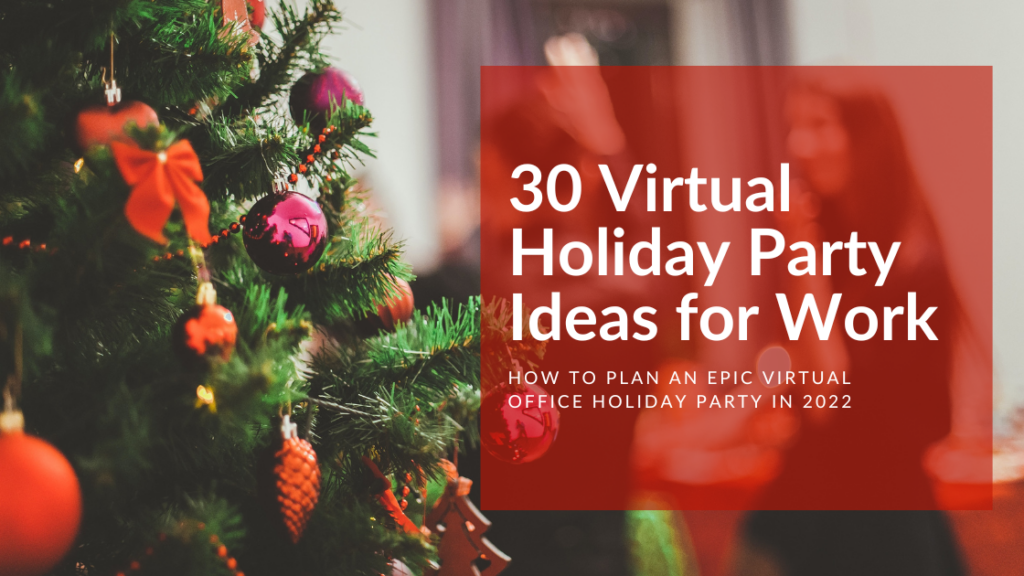 While your team might not be able to gather in-person this year, you can still plan an epic festive event with the right virtual holiday party ideas for work.
Read More 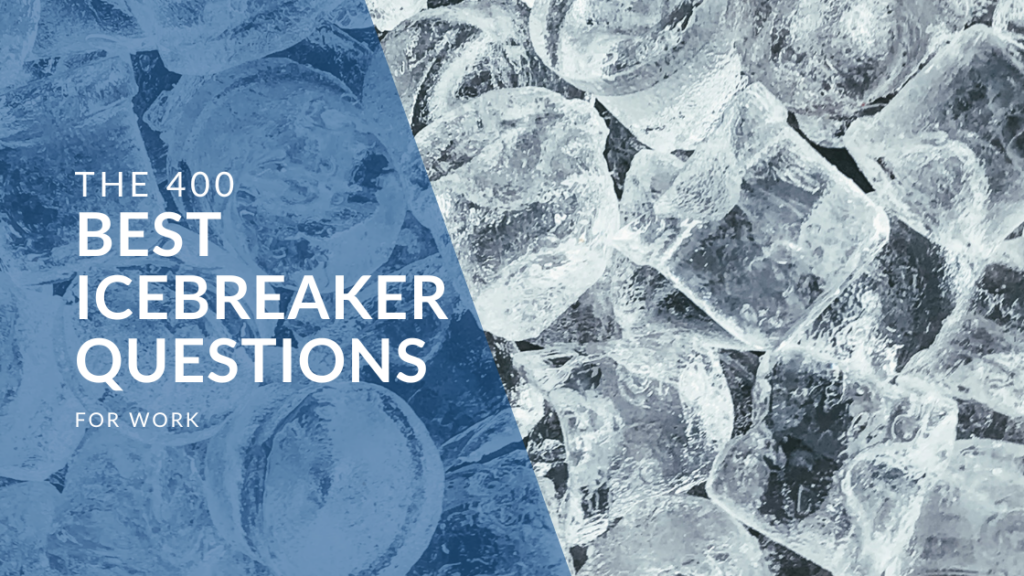 Can you really boost employee engagement with a few simple and fun team building questions and icebreakers? Absolutely. And in this article, you’ll find a comprehensive list of questions you can use to do it.
Read More

Well done – looks like you guys know what you are doing, and it’s great to see such a positive impact made during challenging times. Cheers