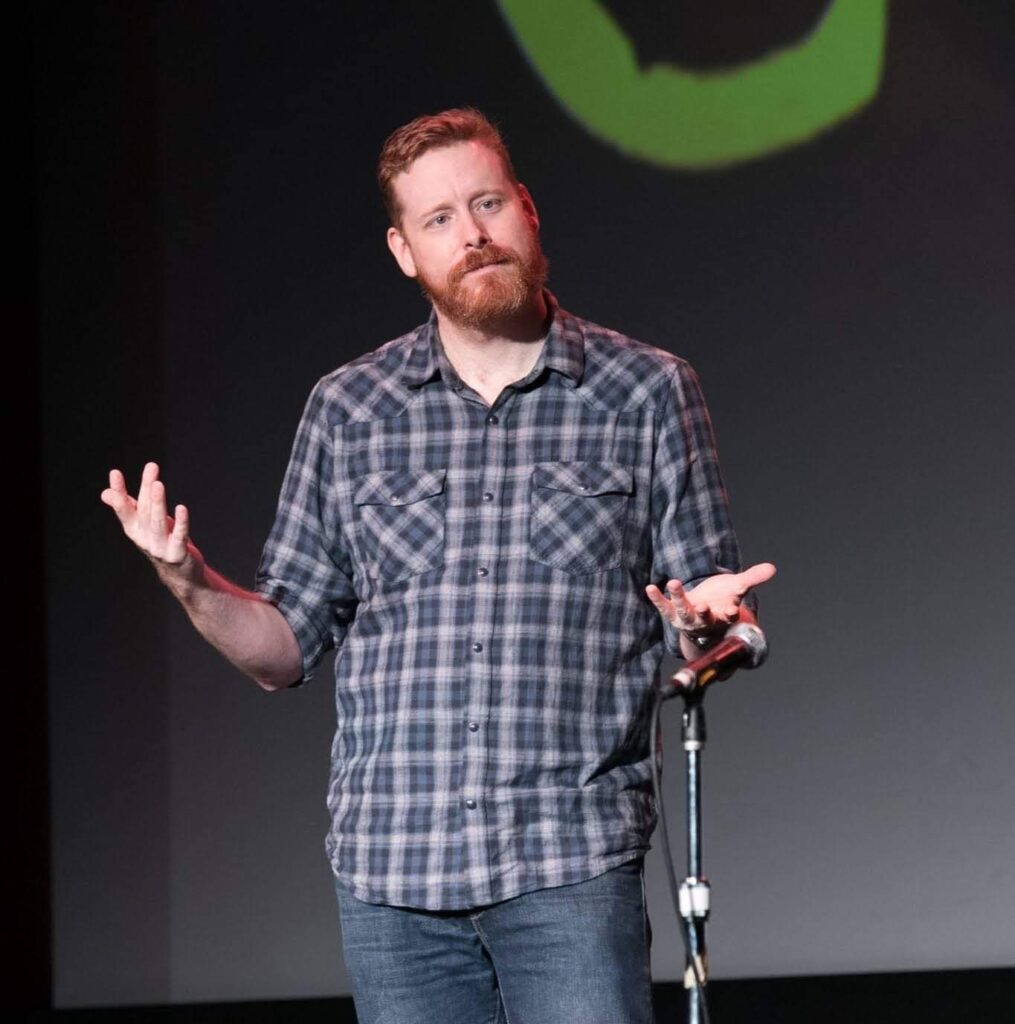 Eric is a writer, comedian, and producer whose accolades include writing for the Saturn Award-Nominated Netflix Original series Mystery Science Theater 3000: The Return. The episode he wrote for, ‘Cry Wilderness,’ is frequently cited as a fan favorite.

Beyond that, he’s also the creator of The Critical Hit Show, a live, improvised fantasy epic that ran for 8 years at Vancouver’s legendary Rio Theatre and currently has a second life as an online show, as well as a writer, performer, and script editor for The Gentlemen Hecklers, providing live commentary for the best bad movies.

Both of these shows have been featured at the Just For Laughs Northwest Festival’s “Best of the West” program several years in a row.

Eric is very tall and probably not from space.